Voters wait in line to vote early at First Christian Church in Newburgh, one of three early voting locations in Warrick County. 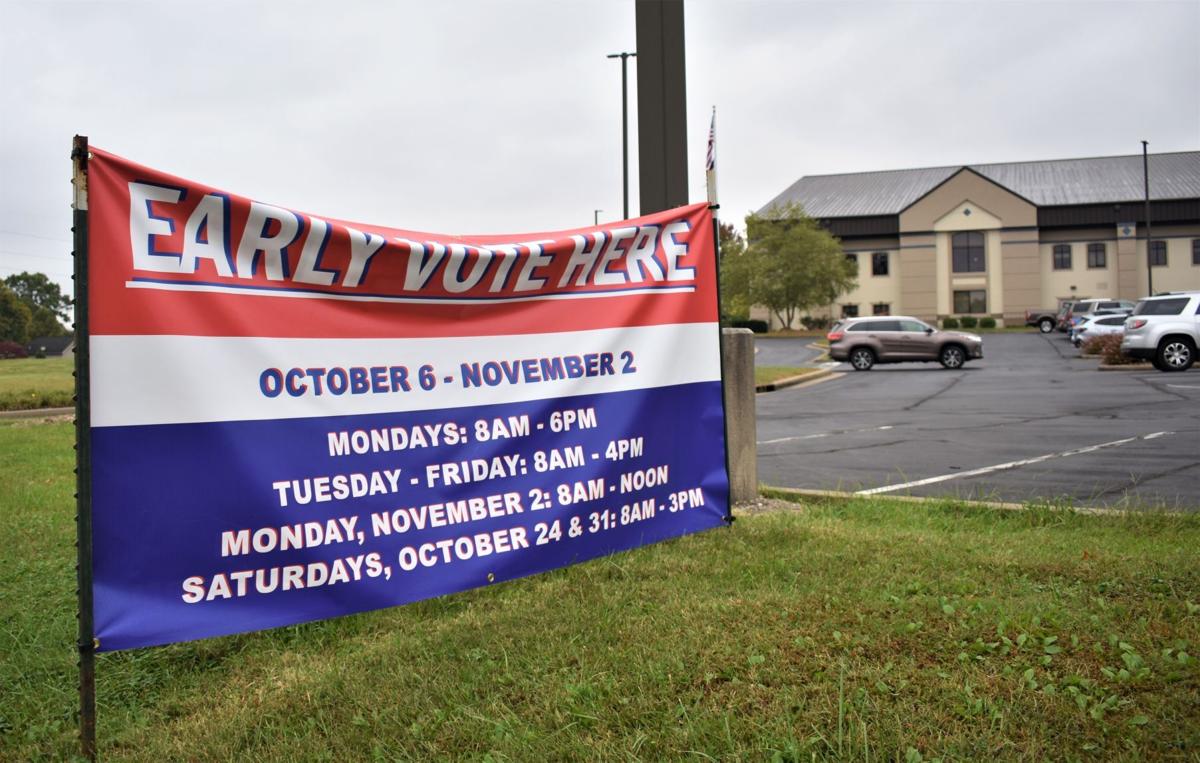 Voters wait in line to vote early at First Christian Church in Newburgh, one of three early voting locations in Warrick County.

In the previous presidential election in fall 2016, there were less than 8,000 Warrick County voters casting ballots early or by mail. In addition, voters could only vote early at the Election Office in the Warrick Judicial Center resulting in lines and congested halls.

Perry said adding the two new voting locations has shown to not only add convenience for voters, but has helped alleviate concerns about lines and social distancing during the election. She said there haven’t been long lines congesting the Judicial Center and polling locations have been working to require masks, maintain social distance and sanitize after every voter.

“Wanted to be overly cautious on this because we wanted success on early voting,” she said. “We’re trying to make every concession that we can for the voters of Warrick County to make it convenient for them to vote and it not be a hardship.”

Perry said the Warrick County Election Office is also getting “unbelievable amounts” of absentee ballot applications and ballots. She said it will take time to confirm signatures and scan each mail-in ballot, but the ballots are required to remain under lock and key until election day.

As a result, Perry said the office plans to start processing those ballots six hours early to try to process as many mail-in ballots as possible by the time polls close. But, she said it’s impossible to know what Election Day will bring with mail-in absentee ballots.

“I can’t speculate on that because that would be just a guess. I don’t know what’s going to happen between now and Nov. 2,” she said.

Ultimately, Perry said she, Warrick County Election Administrator Angie Childress, Warrick County Chief Deputy Clerk Kim Kelley and the entire election office are working to make sure there are no hiccups through the general election on Nov. 3. She said this election is like no election she has ever seen, but Warrick County has had a strong team to ensure voters have a fair election process.

“They’re truly hard hard workers and I’ve been really proud of them,” she said. “Warrick County is going to be a fair election.”

Judicial Center at One County Square, Suite 220, Boonville, IN