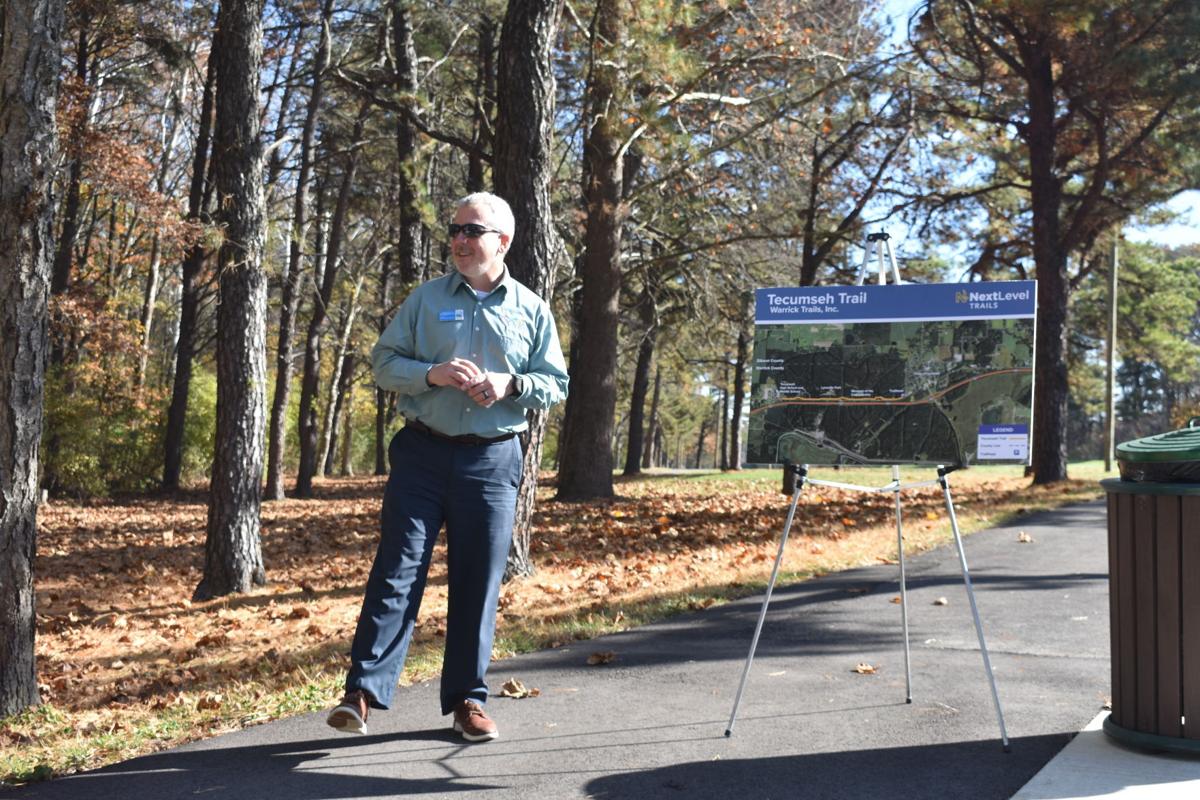 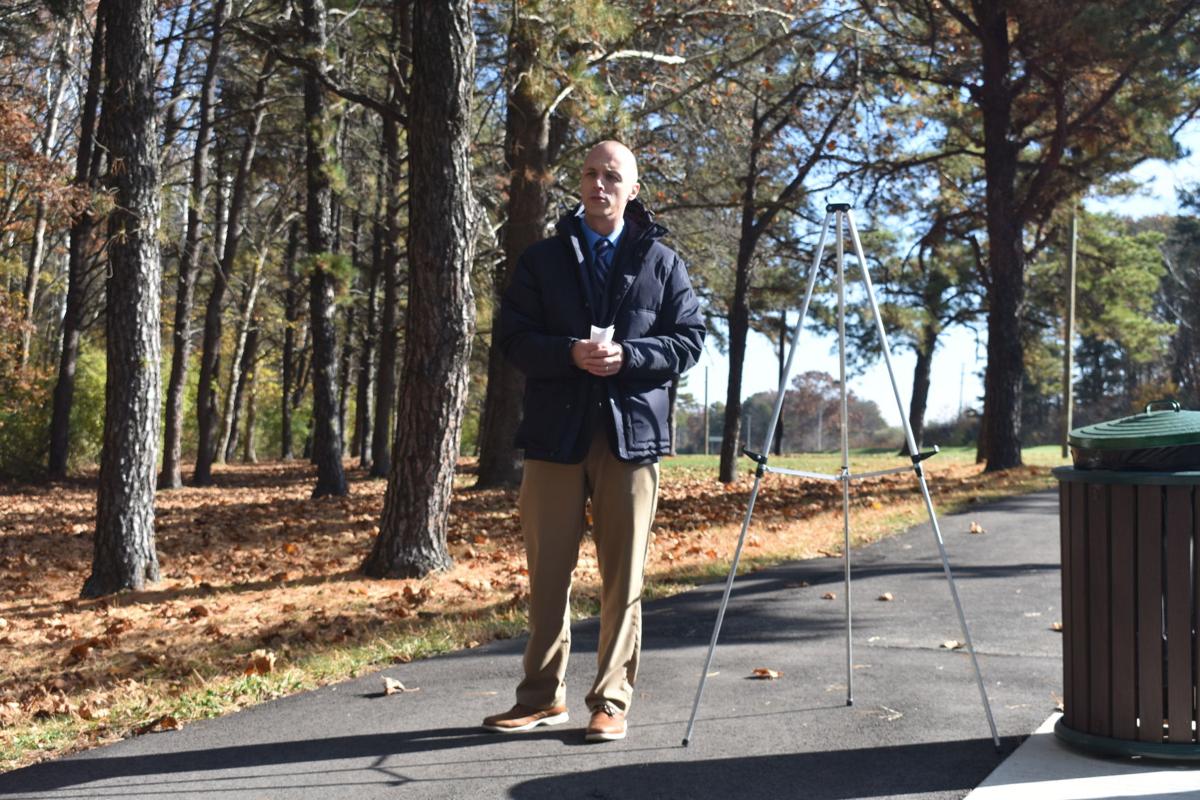 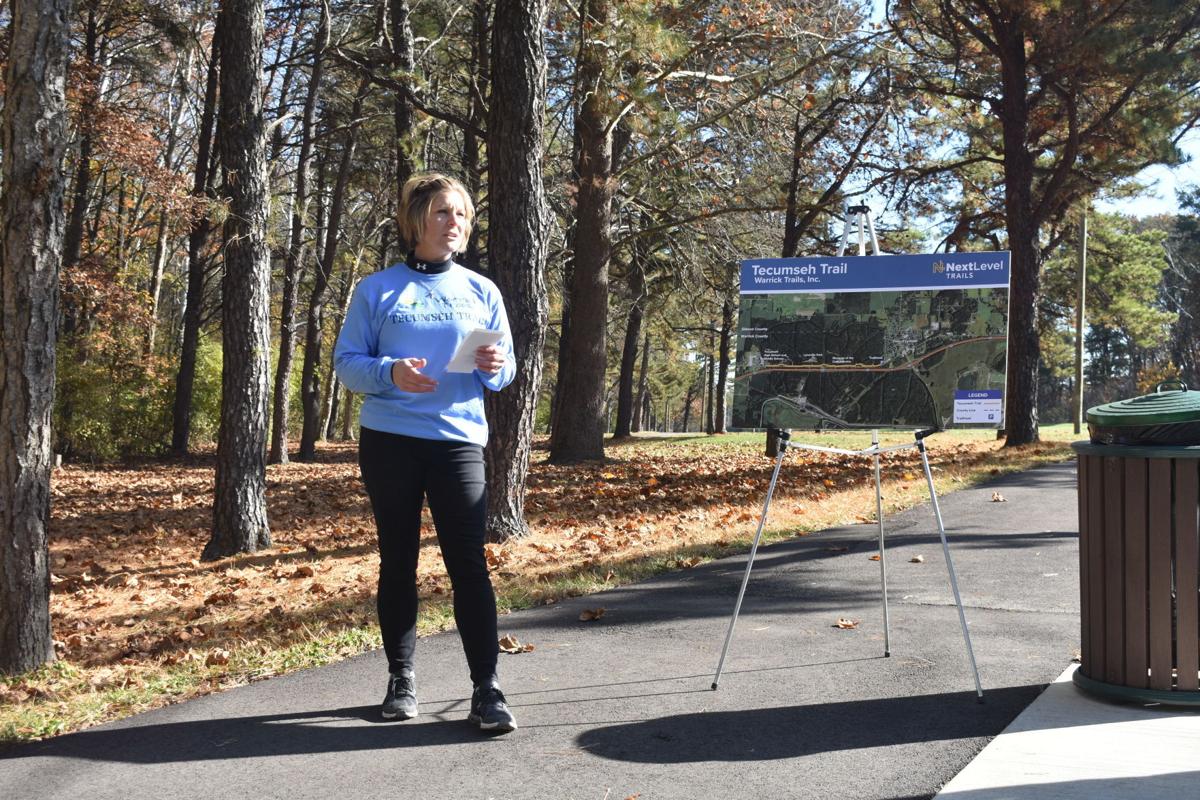 Chrissy Ash speaks at the opening of the ceremony. 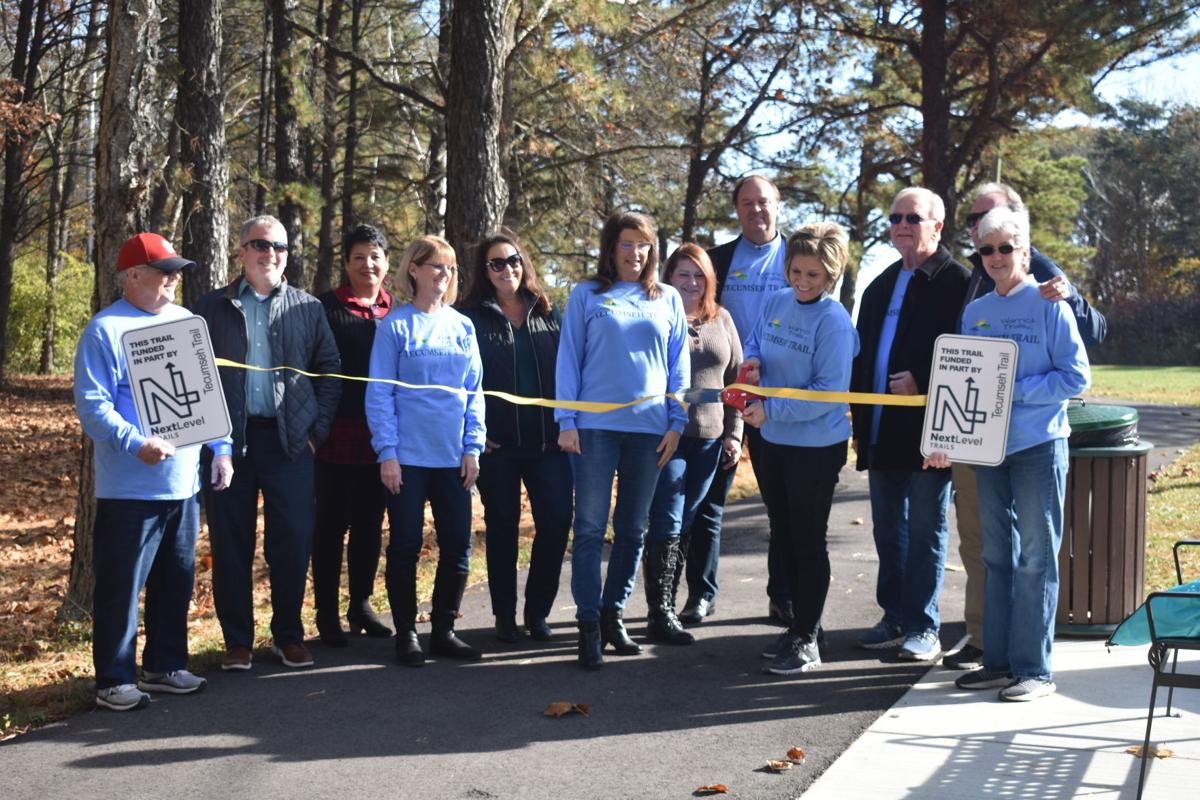 The ribbon is finally cut at Tecumseh Trail.

Chrissy Ash speaks at the opening of the ceremony.

The ribbon is finally cut at Tecumseh Trail.

A trail connecting Lynnville to the school and its other adjacent attractions has been discussed for years according to Steve Roelle, the executive director of Success Warrick County and a board member of Warrick Trails, the organization that helped push along this project. “I think it has been a concept in Lynnville for years. A little further back there was a Warrick County teacher that was killed and we saw so many kids walking or biking down highway 68 every day. It was dangerous for kids to walk on and we wanted to make things safer for them. Then Warrick Trials came along six or seven years ago and started building trails. It checked all of the boxes for what we like to do and the county helped start things off but the community of Lynnville made it happen in the end,” said Roelle.

The ribbon cutting for the trial was held at Lynnville Park on the trail at 10:30 AM. Many representatives of various organization who contributed to the trail’s completion spoke during the ceremony, including the aforementioned Steve Roelle as well as Chrissy Ash, the head of the Tecumseh Trail Committee, Stacy Tevault of the Lynnville town council, Tim Long, Principal of Tecumseh Middle School and Mike Smith, the Chief of Staff of the Indiana Department of Natural Resources.

According to Smith, the DNR, as part of their Next Level Trails project has given $35 million to 55 trails across the state, with Tecumseh Trail being the newest of these projects. Roelle described the process that they underwent to finally build the trail and the timeframe it occupied, “We got the green light and we started before last winter, but we had to stop during the dead of winter before picking work back up in the spring. It was a labor of love by us, the people in Lynnville and the project partners and volunteers. It was originally intended to be done in about 18 months but took three years. I’m glad we worked together and got it done.”

In total the county was able to provide $300 thousand in grant money for the trail while the Next Level Trails grant covered an additional $400 thousand. Next level trails gives out grants for trails that connect towns, schools, parks and other attractions to one another to help better connect communities. As the leaves turn and the weather cools off, the new Tecumseh Trail will be an excellent place to enjoy beautiful fall weather.