Skip to main content
You have permission to edit this article.
Edit
Home
Sections
Obituaries
Classifieds
Submissions
Marketplace
E-Edition
1 of 2 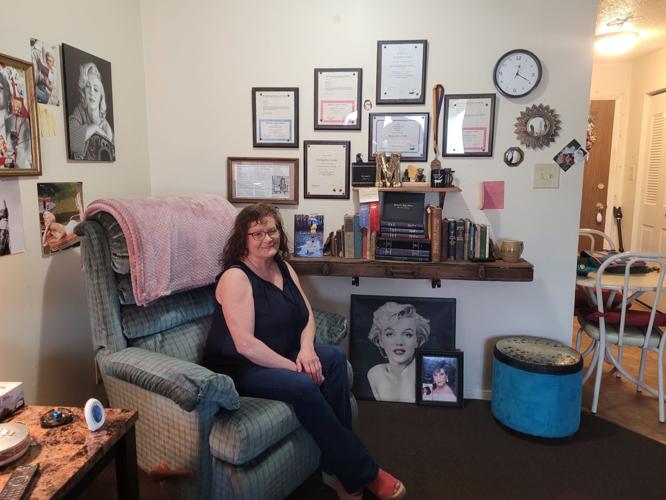 Michaeline Crooks with all her awards and collections. 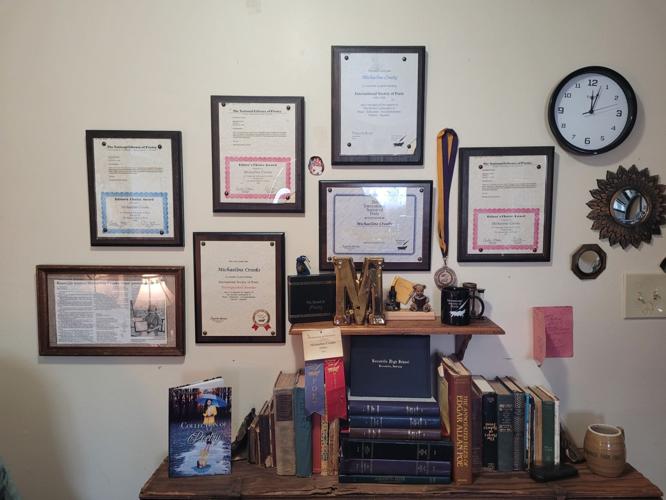 All of Michaeline Crooks’ awards.

Michaeline Crooks with all her awards and collections.

All of Michaeline Crooks’ awards.

Michaeline Crooks, an awarded poet from Boonville has just published her first book of collected works this month, titled “Collections of Poetry.”

Crooks, who graduated from Boonville High School in 1978 and has lived in the town ever since, has received 10 awards for her poetry and has had multiple works selected for historical preservation.

While Crooks has been published in poetry anthologies including the work of many writers, she has never previously received a book of exclusively her work. Her first publishing credit came in 1995 for her poem “Nowhere Bound.” Since then she has gone on to be published in 13 total collections, excluding her own.

Speaking about her introduction to poetry, Crooks said “I’ve written my whole life since I was a little girl. It was therapy for me. It is something that came natural, but I never wanted to show it to anyone, it was just for me. Then one day my sister found my notebook and told me I needed to share it with the world. I entered it in a poetry contest and got an editor’s choice award. I was eventually nominated for poet of the year world wide in 1996 by the international society of poets.”

To receive the award, Crooks traveled to Washington D.C. When she received the award a poet from every county in the world was in attendance. Many of her awards came from the National Library of Poetry, which she submits work to frequently. After years of encouragement from friends she finally decided it was time to publish her own book.

“I write about anything and everything,” said Crooks of her inspiration, “At first it was about me but it’s grown to be about many things. My family, other people, animals. I’ve written a poem about my mother that she really appreciated as well. My mom was from Newfoundland and she came here and brought a few important relics from her old life with her. I’ve written about them. Normally if I don’t finish within five minutes I’ll put it down and come back later.”

To any aspiring writers or poets, Crooks encourages keeping a thought journal to write in every day, and always sign and date it. She believes that writing inspiration can come from anything at any time, and it is good to keep a backlog of notes to remember feelings from a specific time.

Sorry, there are no recent results for popular images.