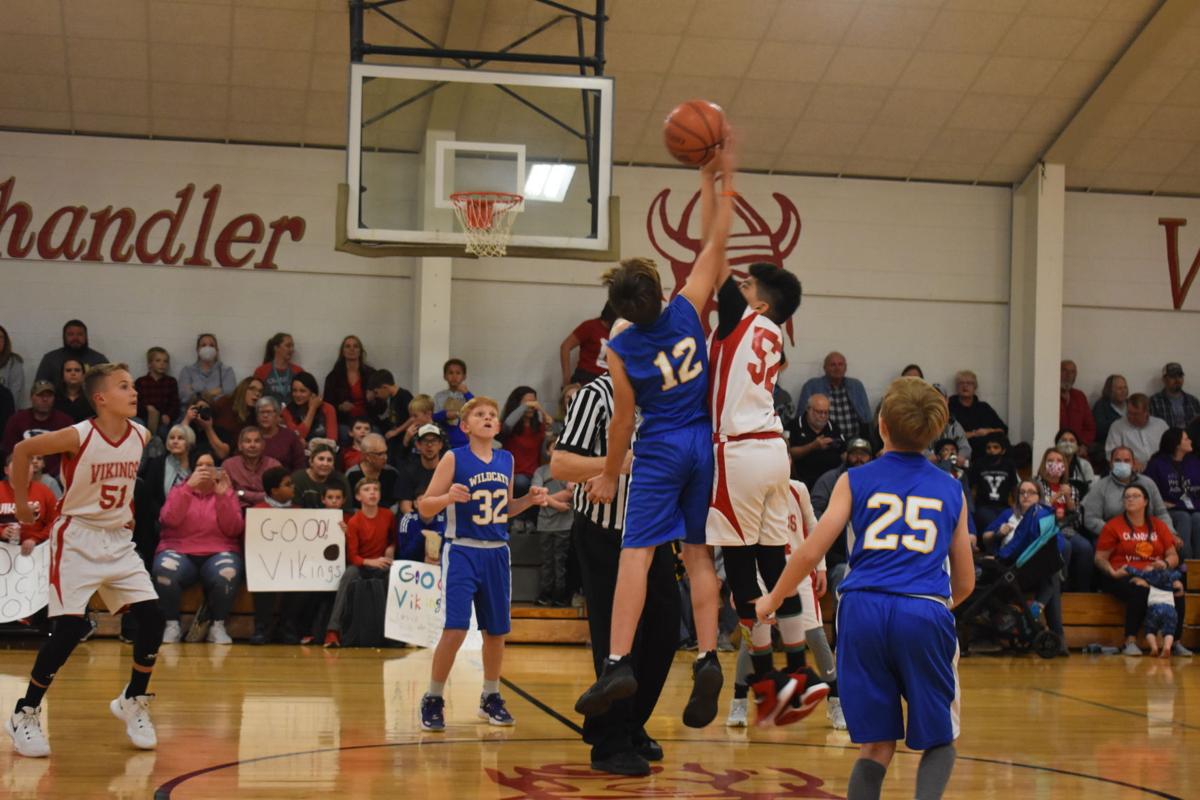 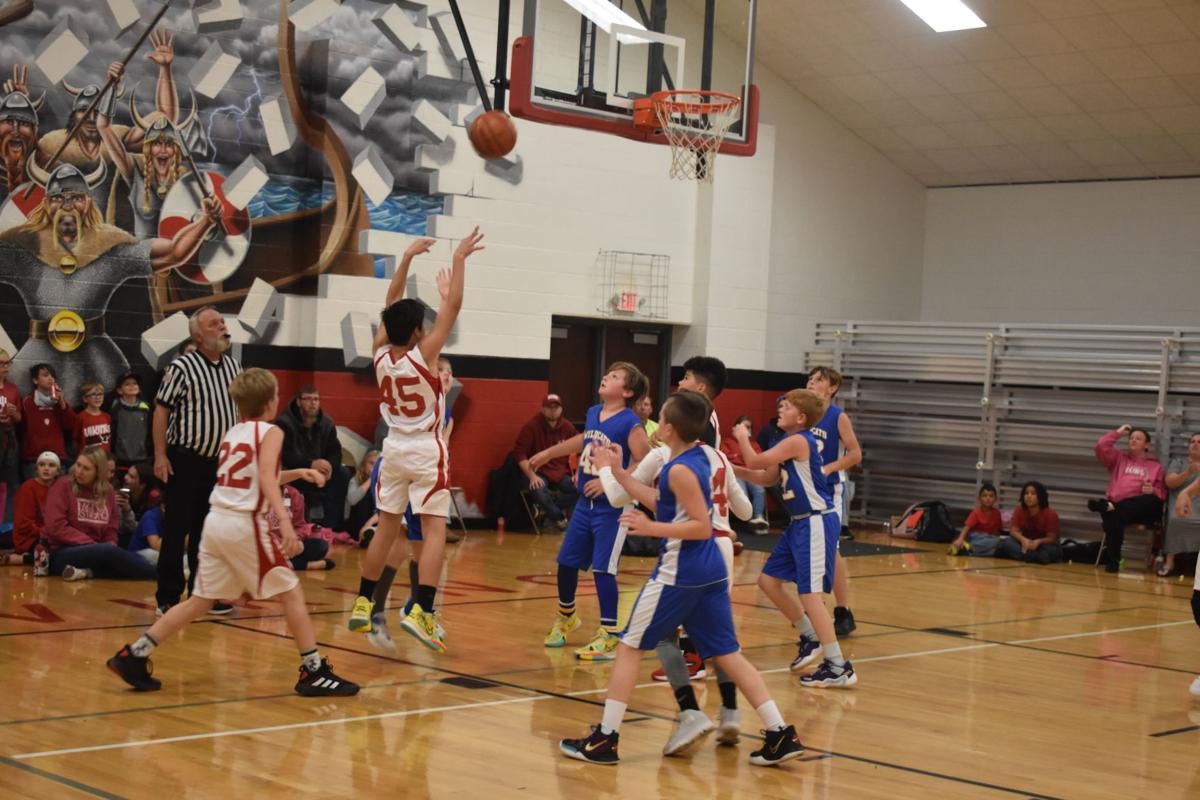 Jaxson Browning, of Chandler, hits a second quarter shot for the vikings. 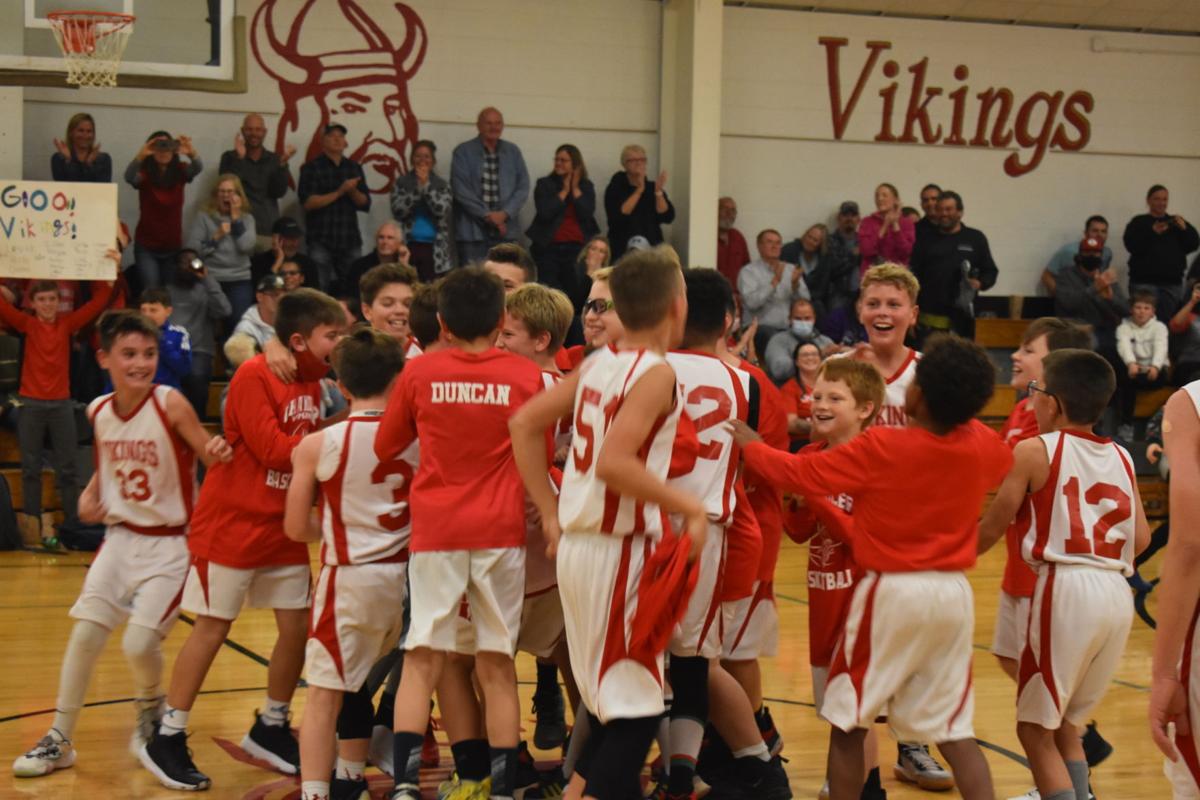 The Chandler boys basketball team celebrates their victory after the clock hits zero. 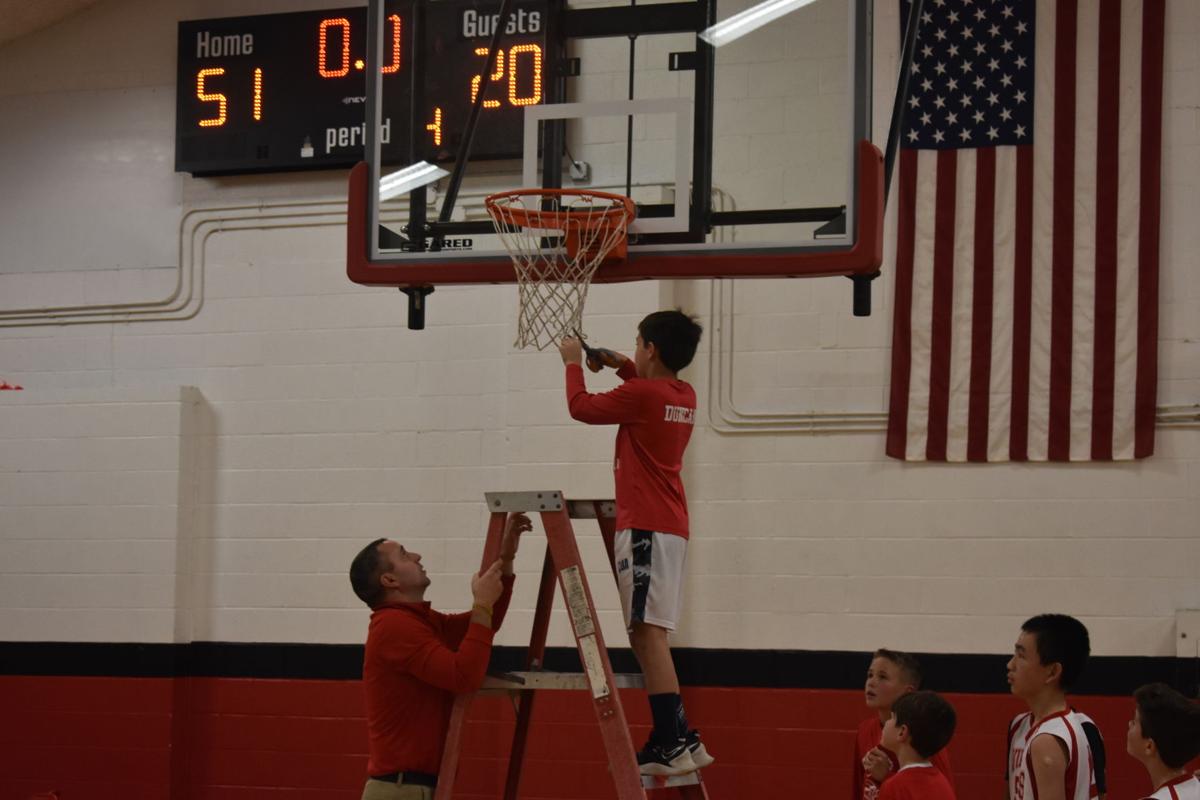 Chandler’s Eli Duncan cuts down a piece of the net.

Jaxson Browning, of Chandler, hits a second quarter shot for the vikings.

The Chandler boys basketball team celebrates their victory after the clock hits zero.

Chandler’s Eli Duncan cuts down a piece of the net.

This past Thursday, Nov. 18, the Chandler Elementary School Vikings claimed victory over the Newburgh Elementary School Wildcats, finishing their first undefeated season in school history. The vikings have won the county wide league many times before, but they have never finished undefeated prior to this season, and the Vikings celebrated accordingly.

In front of a sold out crowd the vikings were able to handily defeat Newburgh Elementary to solidify a season for the records in Chandler. The vikings would win their final game over the wildcats by a score of 51-23 after a last second three pointer from Newburgh. It is rare to see a 5th grade boys basketball game with a crowd as large or enthusiastic, but for Chandler this was anything but a typical basketball game. The gym was loud and the kids played well because of it.

The game started off with a strong defensive showing by the Vikings, with the team jumping out to a 15 point lead early in the game while holding their opponent to single digits for most of the first half. Nothing the Wildcats tried could help them inside as Chandler was able to consistently grab offensive and defensive rebounds and move the ball into the lane for easy layups.

Close to the end of the first half the Vikings offense found its stride, helping them reach a total of 25 points at half time. The offense would continue to fire on all cylinders for the remainder of the game giving the Vikings a final score of greater than 50 points, a rare feat in youth basketball. The dominant performance from start to finish by Chandler was celebrated widely as soon as the buzzer sounded.

Students stormed the court and the players cut down the nets piece by piece, with every player, coach and cheerleader earning a small keepsake for their memorable season. The players were then escorted out by a tunnel of fans who loudly congratulated them for making the town proud before piling onto a pair of fire engines. The trucks would then take them around Chandler to alert the community to the success of their 5th grade boys team.

Chandler’s 5th grade boys basketball team completed its most successful season in program history, but coach Jason Mayes certainly hopes it will not be the last milestone during his tenure. It will be hard to beat an undefeated season, but morale could not be higher in Chandler for their youth basketball program.