You have permission to edit this article.
Edit
Home
Sections
Obituaries
Classifieds
Submissions
Marketplace
E-Edition
1 of 8 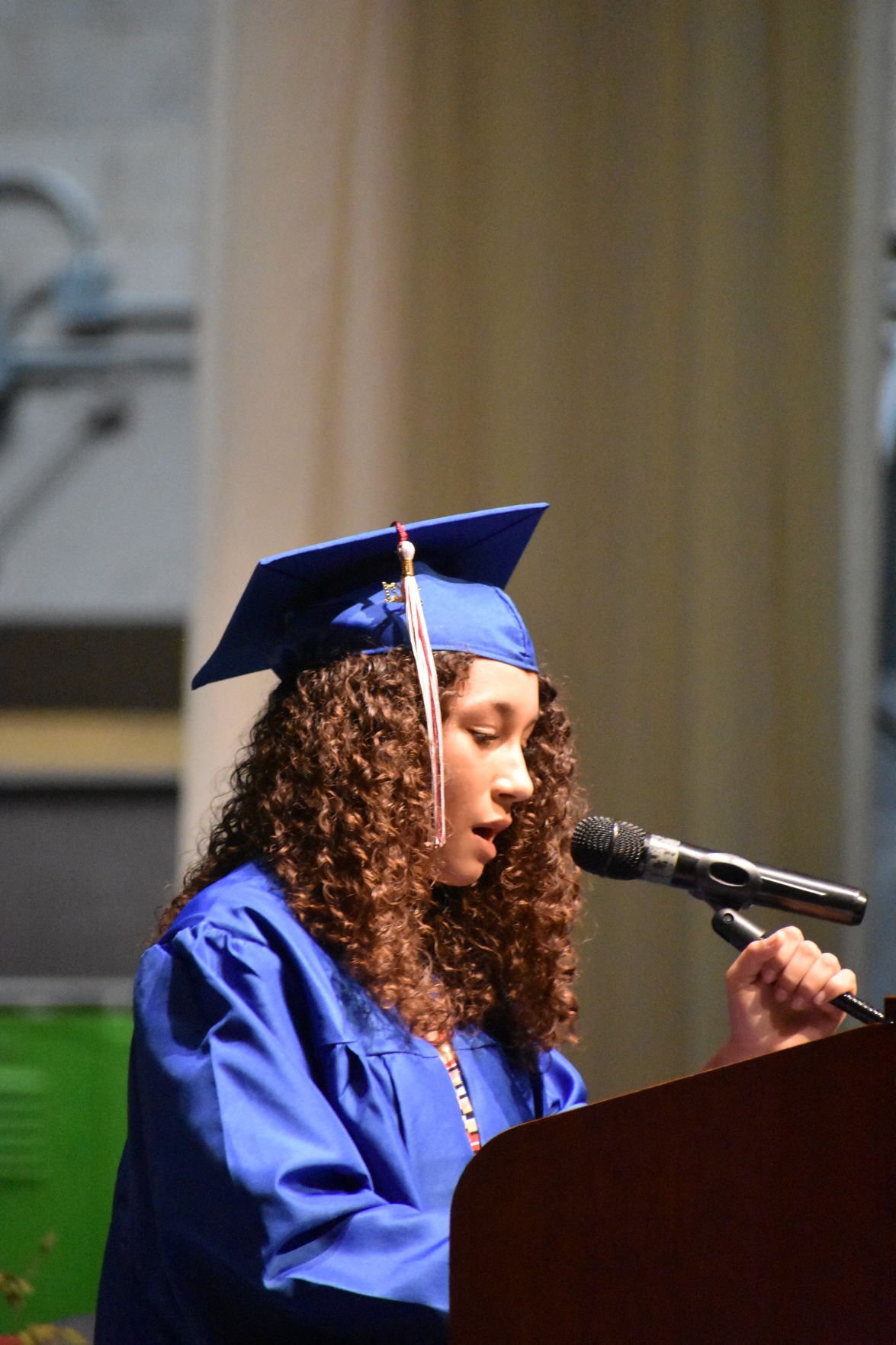 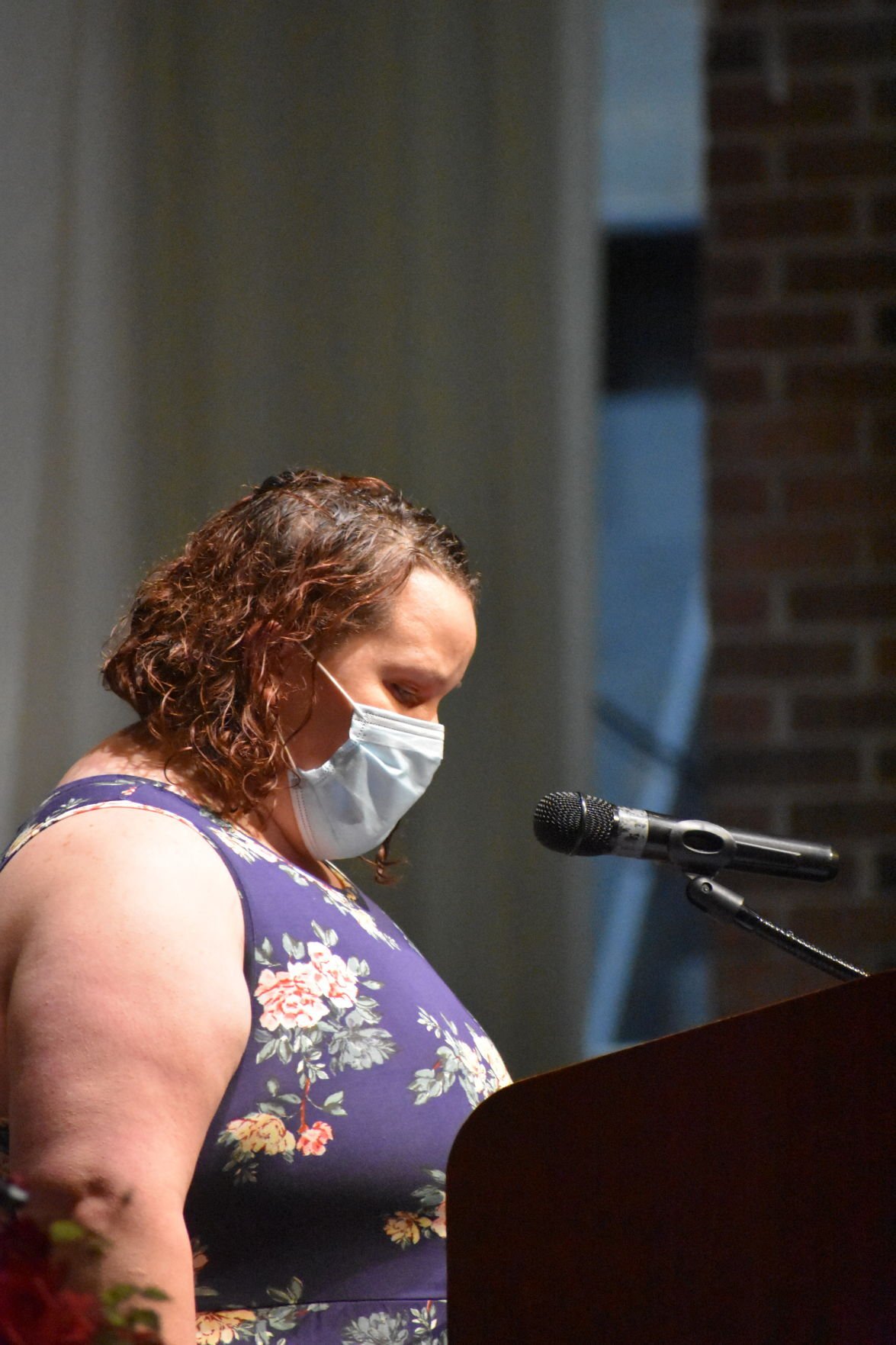 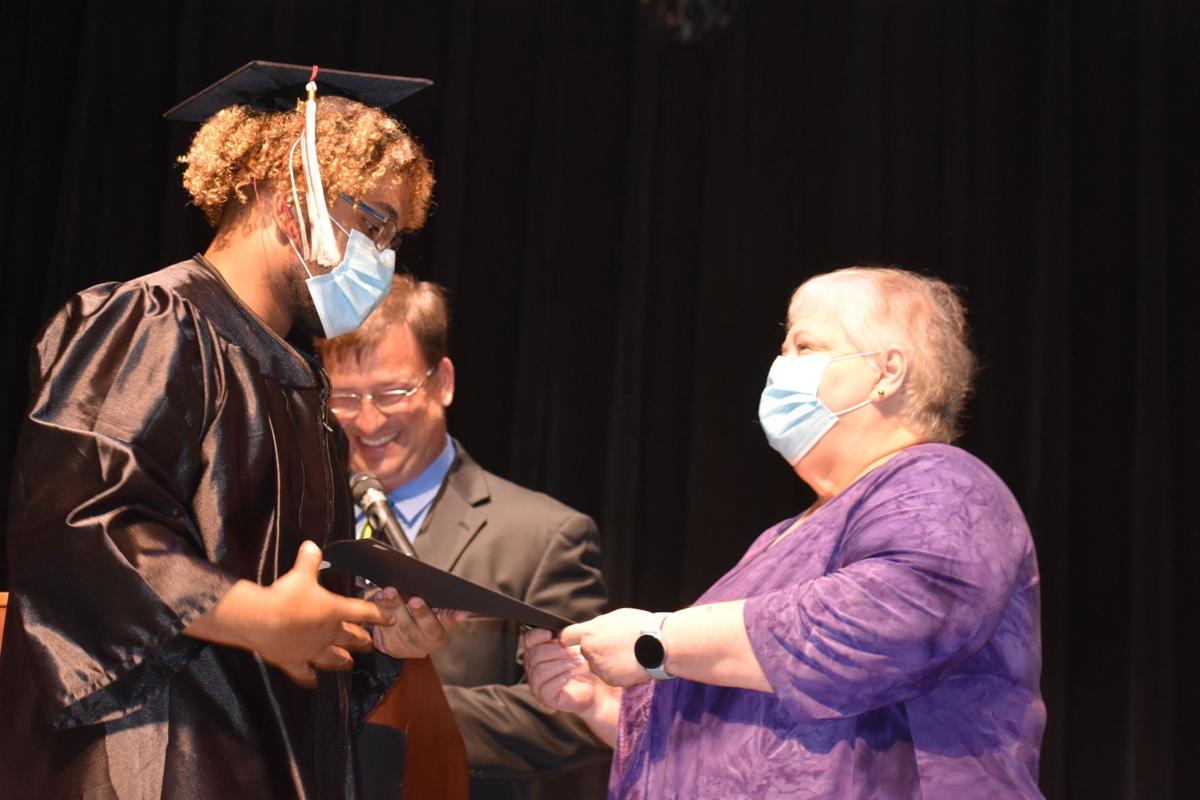 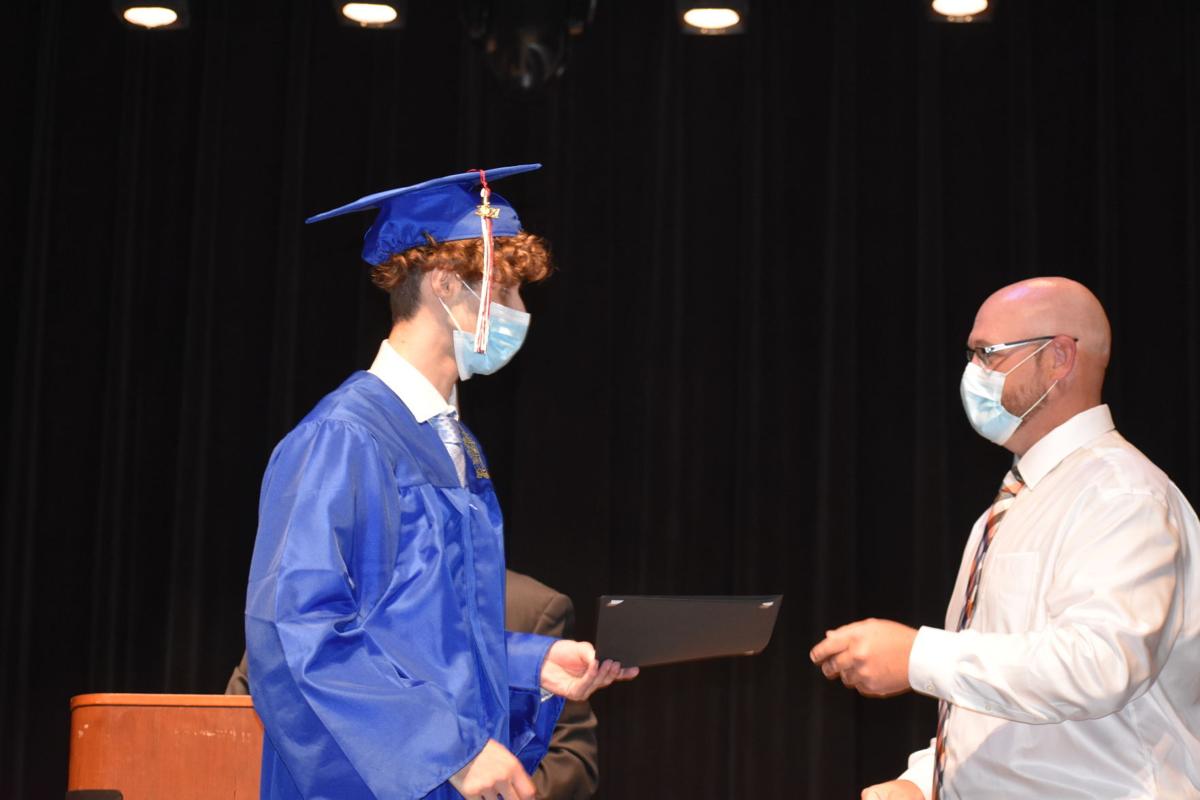 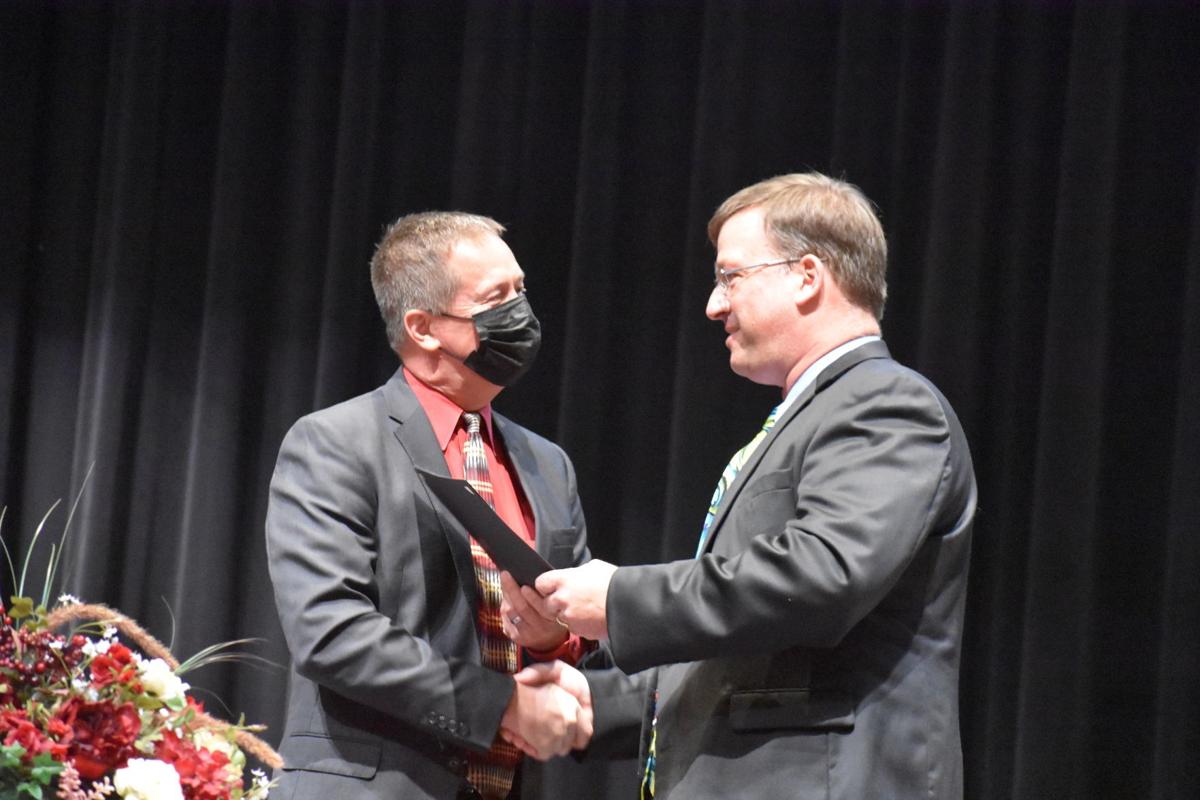 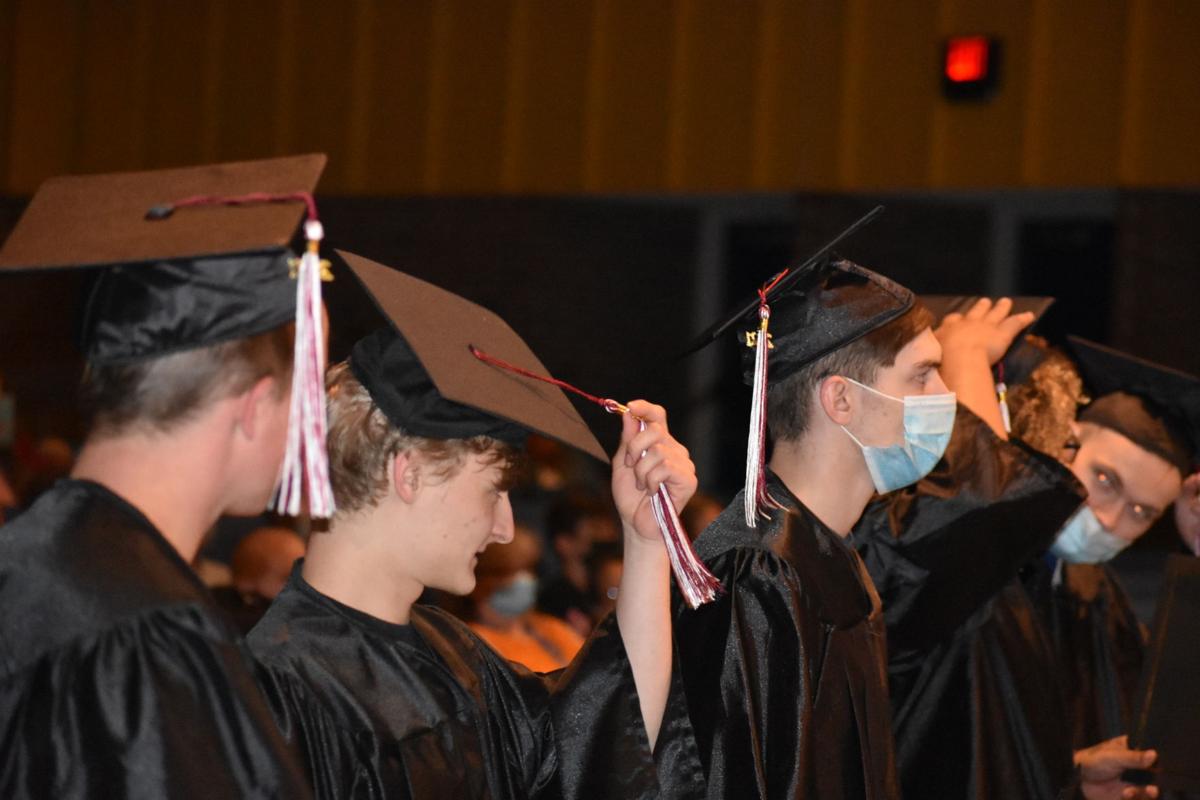 A total of 28 students graduated from the Warrick Education Center on May 27 with 14 students earning their GEDs. 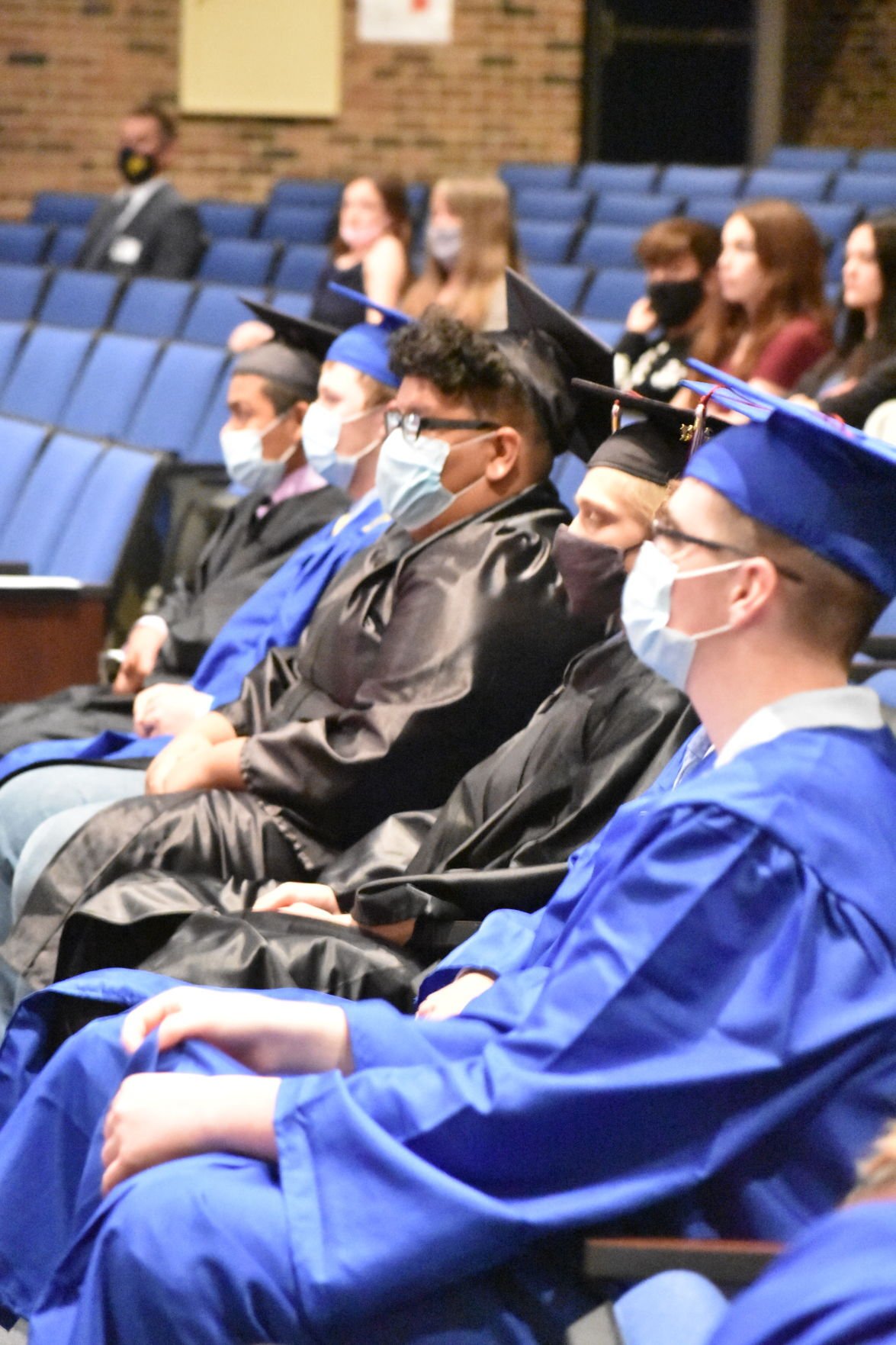 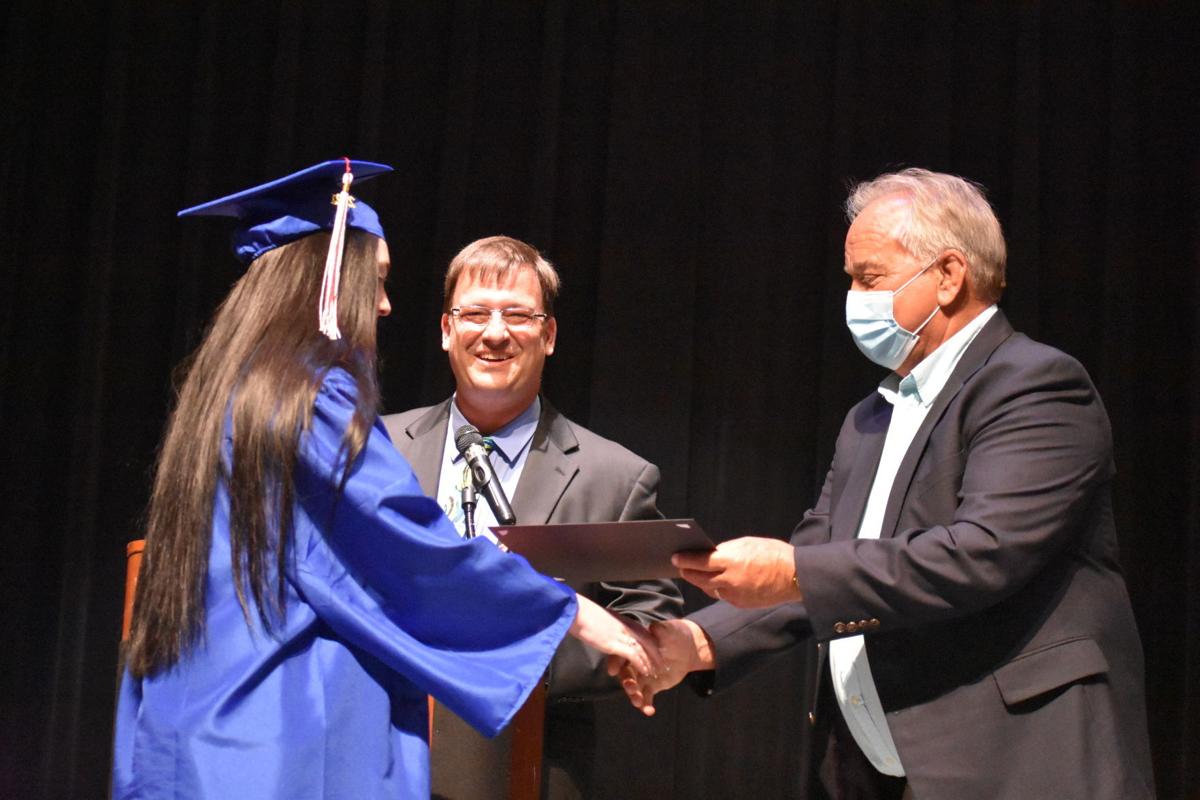 A total of 28 students graduated from the Warrick Education Center on May 27 with 14 students earning their GEDs.

“My life has been like a rollercoaster,” Griffin said. “All my life has been like waiting in line and never being able to get to the front. The first time I ever remember being in foster care I was four years old. I was always in and out because my mom was never able to take care of us or have us in a stable home. It was very difficult for me to find myself, me, the person I am today. Luckily I had a strong family and teachers that never gave up on me.”

Griffin said she did not let her past struggles define who she is and what she is going to be.

“My JROTC teacher at Harrison High School once said, ‘You are the driver of your own bus,’ ” Griffin said. “Which means I control what I can and cannot do and no one can tell me anything different. The struggles I went through made me a fighter. I do not back down when life pushes and jerks one way or another. I find a way to fight through the problems and come out stronger. She said sometimes ‘you have to buckle up and prepare for a bumpy ride ahead.’

Eventually I ended up moving in with my dad and it was very hard because my mom had lost documents from when I was younger,” she added. “But it was a bumpy ride living with my dad also. Thankfully I set myself straight, came to WEC and graduated a year early. The teachers really helped me through that and I’m really blessed to have them here today.”

Griffin said she came to the conclusion to graduate early and attend college. She said she never thought she would go to college because of the ‘situations’ she was experiencing.

“I’m actually making it happen and it’s my number one dream,” she said. “I am very thankful for everyone who helped me.”

Ridener said she went from going to the age where she could drop out of school to a high school graduate and then a college graduate and now a wife and mom.

“The path to becoming the person I am today did not come without its own set of hurdles,” she said. “For starters, because of my home life, I wasn’t able to get the help with the homework I needed or have the support system for anything. I was also the victim of a life-long battle of bullying. Because of that, I didn’t want to go to school. This sent me into a battle with depression. By the time high school rolled around, all I cared about was going out and partying. That was until I met the love of my life at the age of 15.”

Ridener said she not only had someone who supported her dreams, but also helped her establish a newfound sense of ambition.

“By that time I was already at the end of my sophomore year and I was faced with having to repeat that year,” she said. “On top of missing school for the reasons I mentioned before, some health issues caused me to be sick all the time. It took the doctor a year and a half to figure out what was wrong and to schedule my surgery. I needed to find some way to keep myself from repeating a year so I signed up for online school through Indiana Connections Academy.”

She said the online course was not as easy as she had thought.

“I found a pamphlet in my brother’s room where he had taken his GED test at the Warrick Education Center and also saw on Facebook that several of my old classmates were attending there or had at some point,” she said.

Ridener said she set up a meeting with WEC principal Drew Gerth and it was the ‘best decision’ she had ever made.

Gerth told the 2021 graduates “the world is yours.”

“You can do whatever you want to do if you set your mind to it and make it happen,” he said.

The Warrick County Teachers Association presented graduate Tabatha Wall with a $1,000 scholarship during the ceremony. Griffin received the Never Give Up scholarship of $5,000. Gerth presented the Friends of WEC award to Warrick County School Corporation superintendent Brad Schneider. Schneider will be retiring from WCSC on June 30.