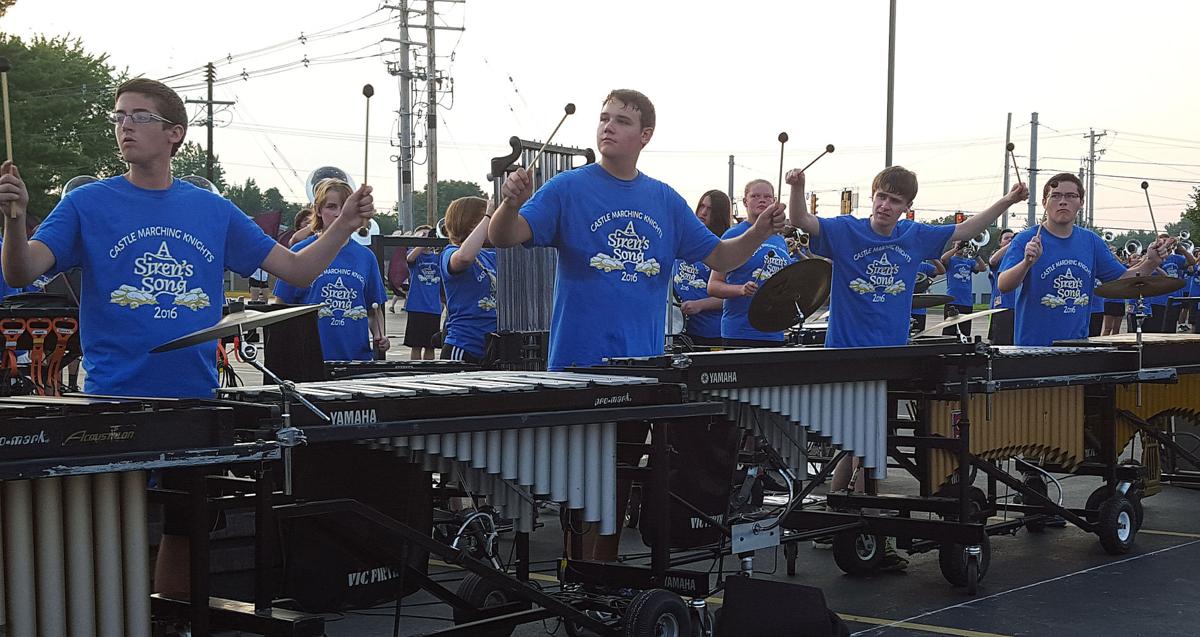 For the Castle Marching Band, this year is a year to stand out.

“Our goal is to be in the top 12 bands in the nation,” he said. “We tried to pick a production that will stand out.”

“We want the audience to be entertained and intrigued,” he said.

But entertaining the crowd and marching to a top 12 spot won’t be easy. Director Mark Eifler said the band’s 230 members have been sweating through the summer to put the show together with three weeks of practice from 8 a.m. to 5 p.m. However, Eifler said he doesn’t doubt that the members of the band and guard have the ability to meet their goals.

“You will be absolutely amazed at what our kids are able to do,” he said. “They’re able to be a part of something that is bigger than themselves and work as a team together.”

Drum major and senior Emma Lloyd said she is confident the band is dedicated to mastering the sophisticated music and drill. She said the band is ahead of the schedule set in past years and is working together as a team to achieve their goals.

“It’s intense,” Lloyd said about this year’s show. “This year it’s challenging and it sounds good.”

Flute soloist and senior Jordan Kaluza said executing the challenging show and the complicated music is what will help the band stand out against competitors. He said the band has grown as a whole while members have grown individually.

“I think our music is where we stand out,” he said.

The summer has been tough and the next few months aren’t showing any reprieve, but Kaluza said the work is worth it. He said laying everything down at practice makes you a stronger and better person in the end.

“The feeling you get after a performance, it’s a feeling you can’t replicate. It keeps drawing you back no matter how much blood sweat and tears it takes,” he said. “It’s physical, mental and emotional. You have to be strong. It’s hard, but it makes you a better person. You become so much stronger.”

The Castle Marching Band will be in action with their first competition at the Evansville Central Invitation on Sept. 10, followed by their own invitational on Sept. 17.