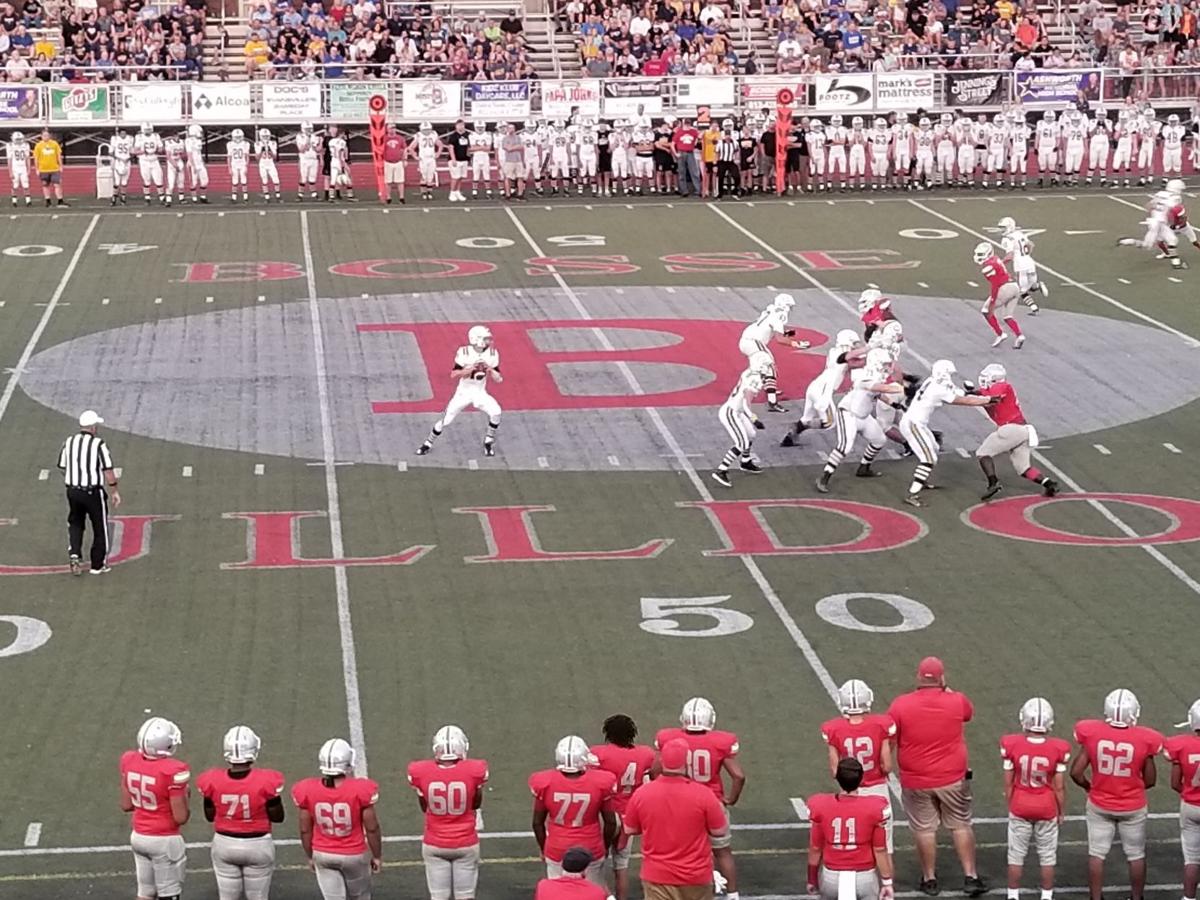 Castle’s Cameron Tilly drops back for a pass in the first quarter. 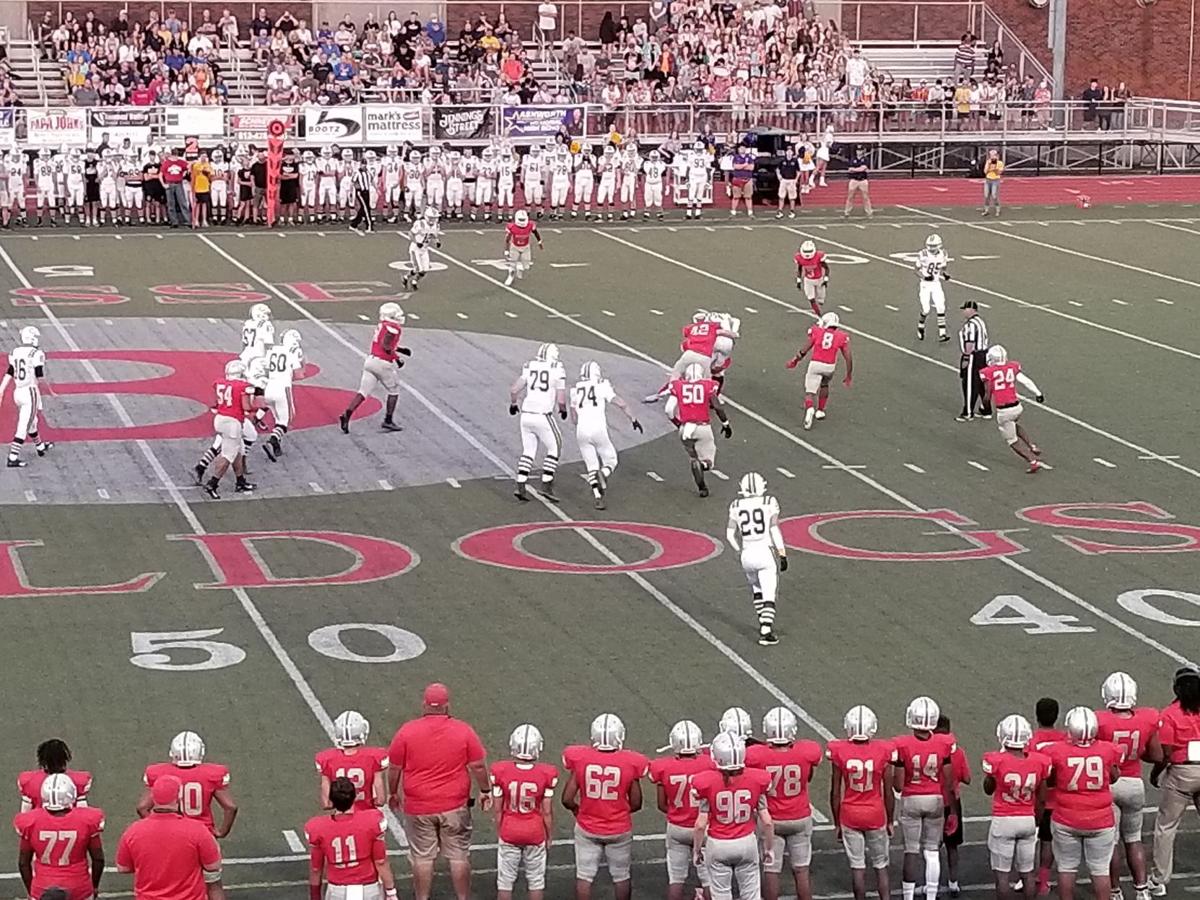 Bosse’s Eddie Market makes a tackle in the second quarter. 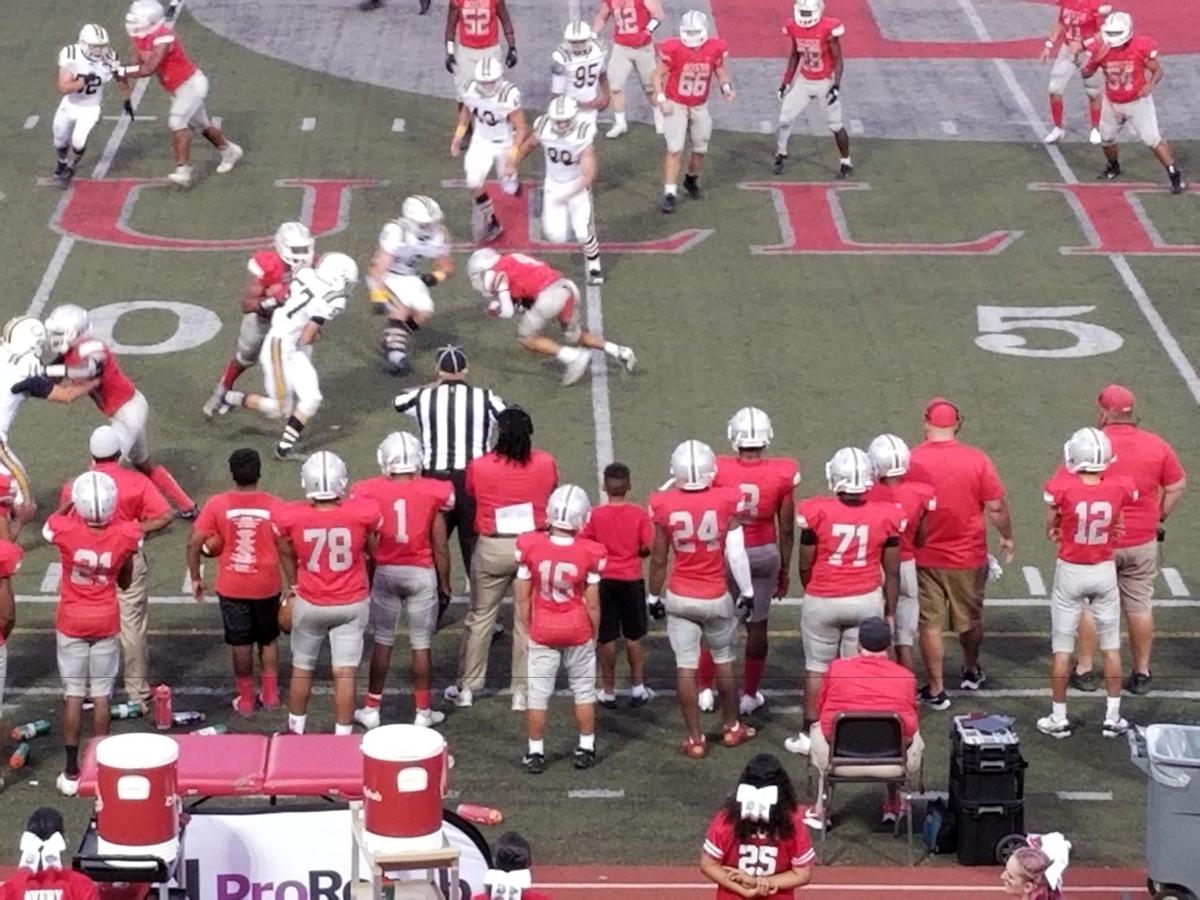 Castle’s John Purdy and Landon Holder converge on a tackle in the second quarter.

Castle’s Cameron Tilly drops back for a pass in the first quarter.

Bosse’s Eddie Market makes a tackle in the second quarter.

Castle’s John Purdy and Landon Holder converge on a tackle in the second quarter.

The Castle Knights brought Bosse back down to earth. Or maybe it was just Castle needing to prove to themselves and the rest of the area that last week’s 21-14 loss to Mater Dei was a fluke.

Either way, last Friday’s game at Enlow Field wasn’t a game Bosse would prefer to play with a Castle team who had a chip on their shoulder. The result — a 49-0 thrashing of the Bulldogs.

It was the Knights most lopsided victory since defeating the Bulldogs, 67-7, in 2016.

Castle excelled in all three facets of the game: offense, defense, and special teams.

Castle’s first score would come toward the end of the first on a play action where quarterback Cameron Tilly would find his receiver Weston Aigner from 28 yards.

On the ensuing kickoff return, the Knights would recover a Bulldog fumble setting up good field position on the next drive. The first play of that drive saw Castle do another play action. While this didn’t result in a score, it did set up the Knights second touchdown as Evan Pritchard would run the ball in from four yards.

Pritchard would score again in the second. This time rushing in from 12 yards.

Castle’s biggest play in terms of yardage occurred in the third quarter. In the play, Tilly would once again find Aigner who would score this time from 42 yards out. It was Tilly’s last completion of the game. The junior would complete 10 out of his 12 passes for 162 yards unofficially.

Aigner would catch a total of three passes for a total of 91 yards. Two of Aigner’s catches went for TDs.

As has been the case all season, the Castle defense was stellar. Not only did they shutout the Bulldogs but they forced three turnovers.

With the win, Castle is now in a four-way tie for second. Jasper and Mater Dei are the only two undefeated teams left in the SIAC.